When to Plant and Why 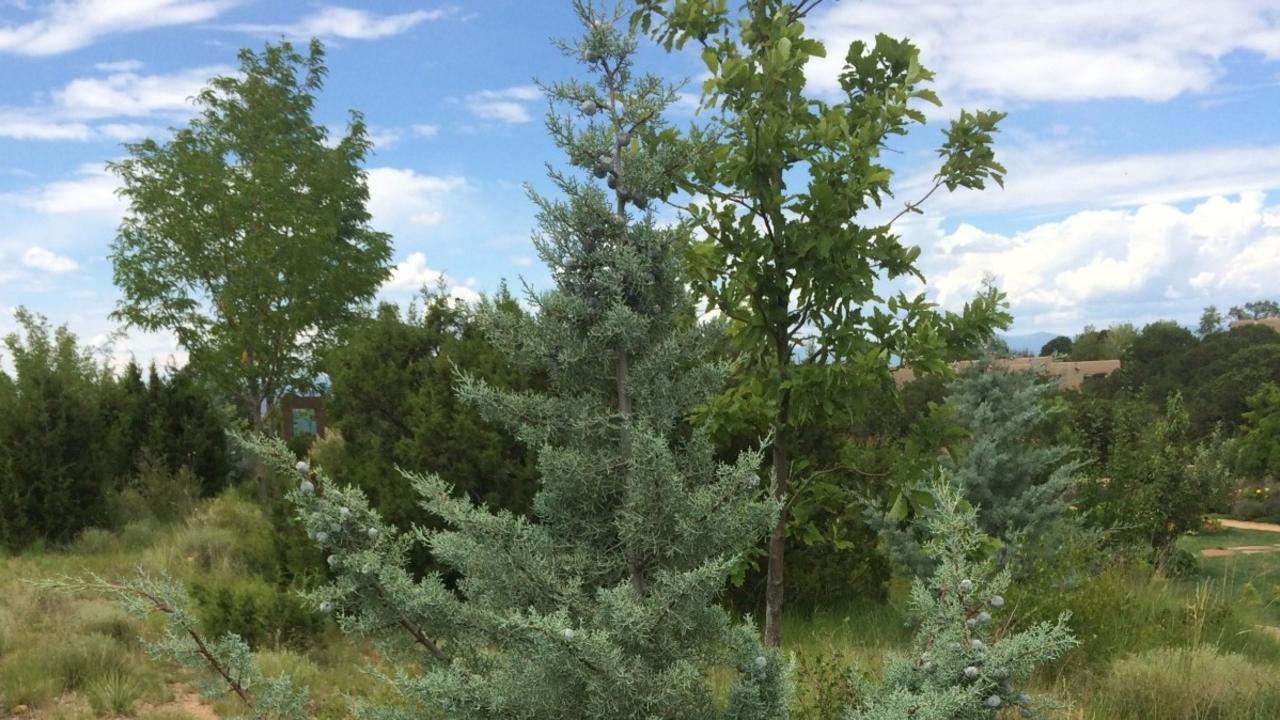 “Best time to plant everything!” 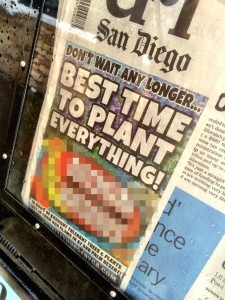 I recently noticed the above headline from a circular in the local paper. My first thought was, “Not really!”

Let’s recount, very briefly, the climate that we live in here in San Diego County.

First off, it’s considered a Mediterranean climate. Right away that means wet, relatively mild winters, and dry hot summers. As a general rule. With that said, reflect back on the last, say, two years in SD county. Winter hasn’t been very wet; we’ve been coming out of winter with somewhere around four less inches than “normal”. We’ve also had some higher than normal summer temps. In Valley Center, it was holding around 109 degrees for two weeks. That’s noticeable when you’re working and sweating in it. We, as a state, are actively reminded that we are in severe drought conditions. So much so that, finally, the state is going to do what it should have been doing decades ago: billing us a more realistic figure for the resource. Again, hot, dry summers, extreme drought, higher than normal temperatures and water restrictions. Does the headline, “Best time to plant everything!”, seem to reflect reality at this point?! I agree, no it doesn’t. So, with that as our reference point for this blog, let’s talk about planting, irrigation, and timing. My initial botanical education was informed firstly by an interest in Permaculture and then quickly followed by Ecology. These two systems of observation serve as the guides for when and how I choose to plant for maximum benefit to the plant organism, the environment it helps to create, and how I address the goals of the client. As plants are living organisms, there are certain environmental criteria, far too numerous to detail in this short blog, that need to be met for plants to survive and thrive. Dry, hot, hard packed soil does not meet the criteria very well for any plant. Even cacti have a much greater likelihood of survival if they have access to cooler soils and a bit of moisture. When moisture exists in the soil, organisms within the soil itself have the necessary conditions available to begin moving through the soil layers. As the soil biology becomes active, the organisms move about finding things to eat, manuring, creating space for air and moisture. Essentially they are actively creating the soil infrastructure for larger organisms to thrive.  As the smaller organisms move through the soil manuring, they also take the minerals that are locked up in clusters far too large for plants to access and make them plant-­available. The moisture in the soil is also necessary for the plants to be able to uptake these now available minerals. Without moisture, plants cannot access the nutrients that exist within the soil, and the conditions for the microorganisms becomes inhospitable. This is primary knowledge in order to have an understanding of when and where to plant. Compounding the dryness and compaction are the dual actions of desiccation. Exposed soil has moisture wicked away from it by the wind, and the sun doubles down and causes the surface to begin heating. More moisture leaves the soil as it rises to the surface and is then pulled off by the wind. This is why your garden looks like the dogs ran through it after an El Niño. Be aware that the surface area of a leaf acts similarly to your skin when exposed to sun and wind. The hot, dry winds move quickly over the plant’s leaf surface, wicks moisture off of the leaf surface, then lifts it into the air. As more moisture evaporates, the surface of the leaf becomes warmer, thus compounding the loss of moisture to wind. Hot, dry, compacted soils can accommodate some hearty species, that’s the truth. They may look like hell for a while, but a number of plant and tree species can get through our increasingly harsh summers. Fruit trees on the other hand, especially the common varieties such as apples, stone fruits, avocado, etc., do not fare well in these conditions initially. Over time, they can be conditioned to be more robust, but straight out of the nursery, not very common. Where I’m going with this is here: To properly ascertain whether or not it is “time to plant” is predicated by numerous factors. As a general rule, I have found that if I learn about the plant and what its predetermined, genetic preferences are, I get a very clear idea as to whether or not it is time to plant. Plants have evolved over millennia; they have the when and where dialed in. Follow the long established guidelines and success is yours. The guidelines do not, however, mean that you can only plant seasonally. With clever construction of “micro climates”, it is possible to manufacture the corresponding biome enough to allow a plant to thrive.

That is not what the nursery advertisement suggested in any way.

To know the correct time for planting requires some inquiry and thoughtfulness.

Planting incorrectly for the region at the wrong time of year is what the landscaping industry has been fostering with embarrassingly wasteful irrigation systems.   Landscapers are literally throwing water at plants with the knowledge that it is too much, yet it provides the safety net for the landscaping company to install a system, and then be on their way. It’s a thoughtless response to a desire for convenience and rush. Or at least it seems convenient until it’s time to call in the professional to throw more water at it, or apply a resource intensive synthetic fertilizer, which incidentally kills the organisms that are directly responsible for creating a fertile soil for your plants and trees.

A couple of remedies to deal with overwatering, desiccation and compacted soils.

Unless you are watering a grass to create turf, drip irrigation is going to be the hands down, most effective way to water your trees and plants. An “inline” drip irrigation, meaning within the half inch irrigation line itself, are contained, evenly spaced emitters which place water directly onto the soil, allowing the soil to spread the moisture via capillary action. Grading the planting area to consist of basins and bowls around trees and within planting areas will maximize any moisture capture potential. Remembering to always keep the tree, shrub, etc’s root crown above the high water mark of the basin. In addition, mulching, at least a couple of inches, will significantly decrease the moisture lost to desiccation. Mulch doubles as a cooling blanket for the soil. With a couple of inches of mulch over a drip irrigation system, even on the hottest days of the year, the soil below will be cool and moist. Summer time isn’t necessarily “Best time to plant everything.” But it can be with the aforementioned hard tools of mulch, drip irrigation, the forebrain, and some creativity. Keep in mind, larger trees tend to stress harder when transplanted into harsh planting environments. Taking it out of a pot is transplanting. In the summer time, I’ve had success planting 5 gallon trees in those systems and would argue, albeit anecdotally, that they perform better in fruit set and yield. Five gallon is my “go to”; fifteen gallon trees from an excellent nursery that breeds strong trees I’m good with also. Bear in mind these are “my” preferences, based on observation only. Someday I might get around to collecting the actual data, but for now, this is my opinion only. I tend to like to plant trees in the fall and late winter, sometimes early spring if frost is an issue for the variety of tree. I like to use the tools given to me by the environment. This means I won’t have to work as hard to bring a desired plant species to a landscape. In summary, it’s “time to plant” when you’ve acquired the information needed to care for the tree or plant, or are ready to gain that knowledge from someone else. Until then, it’s the brown thumb dilemma. Editor's Note: The ad I'm referring to was published in late May of this year.